Want to Hire Me?

Want to Buy My Bookss?

Go to Shop
Boys Are Not Stones Articles by Jaachị Anyatọnwụ 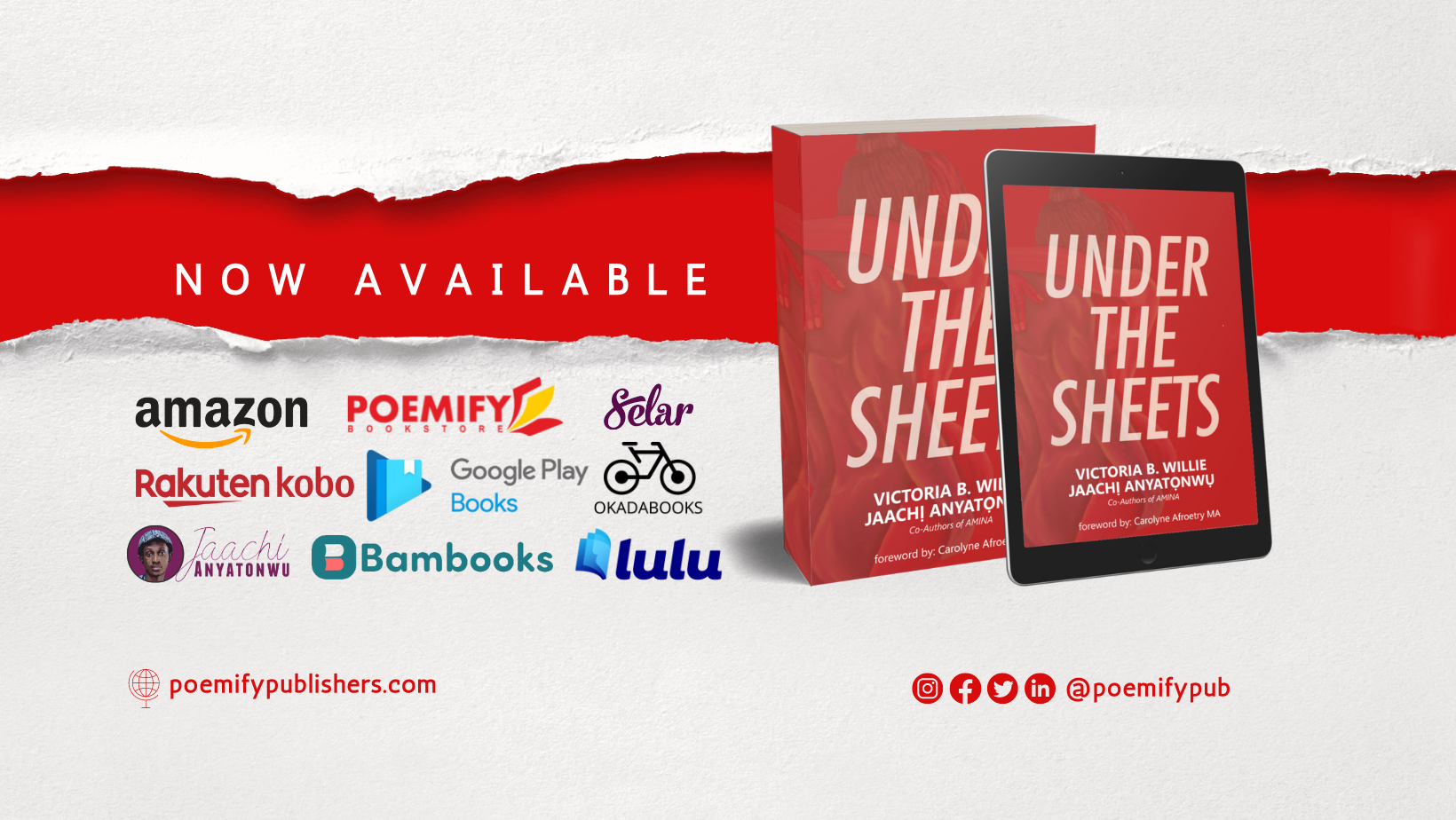 Every year on November 19, people throughout the world observe International Men’s Day (IMD) to honor and celebrate the cultural, political, and social accomplishments of men. All The Six Pillars of International Men’s Day outlines the goals of observing an international men’s day. It is a time to honor the lives, accomplishments, and efforts of boys and men, especially those who have made significant contributions to the nation, the union, society, the community, the family, the marriage, and raising children. The event’s overarching goal is to raise general awareness of issues facing males.

The idea for International Men’s Day was first conceived on February 8, 1991, and was officially launched by Thomas Oaster on February 7, 1992. The project was restarted in Trinidad and Tobago in 1999.

Objectives Of the International Men’s Day

The International Men’s Day objectives are given as:

History of the Yearly Themes of the International Men’s Day

As well as the six pillars, an optional secondary theme for IMD has usually been suggested by world coordinators, such as peace in 2002, men’s health in 2003, healing and forgiveness in 2007, positive male role models in 2009 and ‘our children’s future’ in 2010.
2011: “Giving Boys the Best Possible Start in Life”
2012: “Helping Men and Boys Live Longer, Happier and Healthier Lives”
2013: “Keeping Men and Boys Safe”
2014: “Working Together for Men and Boys”
2015: “Working to Expand Reproductive Options for Men”
2016: “Stop Male Suicide”. In every country except China, the rate of suicide in men is higher than that of women, in some cases as high as six men for every one woman, and life expectancy is routinely less for men than women in all countries. To this end, “Global Action on Men’s Health (GAMH) wants the World Health Organization and other international public health bodies, as well as individual governments, to acknowledge the scale of the problems facing men and boys and to take sustained action to tackle them. This work should sit alongside continuing action to improve the health of women and girls.”
2017: “Celebrating Men And Boys In All Their Diversity”. The emphasis on “…A Call To Action for individuals, institutions, and organizations to innovate the manner in which they design and deliver resources and support services which speak to the unique needs and issues of men and boys”.
2018: “Positive Male Role Models”
2019: “Making a Difference for Men and Boys”
2020: “Better Health for Men and Boys”
2021: “Better relations between men and women”
2022: Men Leading by Example.

Men Leading by Example? The question now is: how can a man caged behind the bars of soul-crushing, spirit-breaking, and body-limiting demeaning stereotypes lead by example?

What example has he got but that negative images and the stigma associated with men in our society given him as the standard by which he must pattern the affairs of his life?

2018: I was in Ulasi Road Primary School with Uchendu Njionye for a video shoot of his spoken word piece. We had just finished the first and second scenes and sat on the school football field to review the video when I suggested a third scene. Uchendu desired to feature a boy. Any boy. Just any boy. We scanned the field in search of wandering boys and found a sachet water hawker. His name, Chimaobi.

Uchendu gestured at him to come over. He started towards us, a bowl of his ware on his head, a scowl on his face, dust plastered feet in a worn pair of slippers. He engaged Chimaobi in a conversation in Igbo language. They talked about his education, family, child labour, the boy child, endless hopes, and hopeless ends.

Chimaobi said “I go to school on Mondays. On other days, I sell sachet water.”

I’d pause replying to a chat and shift my gaze to his face. I could see he’s not satisfied. His voice betrayed him. Poor boy. When Uchendu asked what he’d love to be when he grows up, his face lit up, a smile that wasn’t there peeked through the cracked walls of his sweaty face.

Chimaobi said “Yes, I want to be a doctor.”

He’d proceed to tell us what being a doctor entails, smiling shyly. He seemed lost in his fantasies and rainbow lines of a joy he may never have tickled his boy heart with sparks of hope.

Uchendu smiled and fed him a piece of his heart: the struggles of a boy child. And. The. Beauty. Of. Art. I wondered at the time what turn Uche’s life would have taken if someone had fold him in the arms of brotherhood and encouraged him in quite the same way. Uchendu told him of struggles, of hunger, of rage, of cold, of dreams, of hope. Of joy too.

Boys are ushered into life from the altars of stolen pleasures into broken homes at a young age and taught the syllables of hunger pangs. He’s taught to brave through the storm like a wingless chicken and learn to float in a pool of bottled-up tears. No, a boy does not cry. He implodes the pain until they build up like biceps of faux masculinity over his broken spirit. Some of this training is good.

Sometimes, a boy graduates with a degree of independence and self-confidence. Most times, a boy unconsciously pushes through into becoming exactly the kind of man who will continue to attack life like a rapist attacks a girl child, because he doesn’t know how to think any differently, until he lets go of everything and finds solace in the peaceful stillness of death.

An ignored boy child is more dangerous than an ignored girl child. He carries with him open wounds that are masked in masculinity.
Once the boy child becomes more ignored, he becomes even more dangerous to a society that drums support only for the girl child. The society becomes unsafe for the independent girl child. So, we need to teach the boy child why we want to correct this injustice. We should not box him in ideologies that suppresses his humanity and makes a beast of the dove in him. As we endeavour to empower the girl child to be independent because of the injustice of the past, we must make certain to not go about it with so much zeal as to leave the boy child out.

Today, we reflect the obvious yet unseen tales and the loud yet unheard stories and ordeal of the boy child, by boy child, I mean every human male, regardless of age, status, creed, etc. This is to help us focus on how we can make a difference to men and boys, and, how we can give men and boys better life chances by addressing issues such as men’s health, the high male suicide rate, male victims of violence (including sexual violence), the challenges faced by fathers and male victims of sexual abuse, domestic abuse, and of course, rape.

This is for your father, brother, uncle, nephew, cousin, husband, lover, every male human in your life. On this note, I say Happy International Men’s Day!

Jaachị Anyatọnwụ is a poet, editor, and publisher living in the suburbs of Aba. He is the author of numerous poetry chapbooks and collections including 'Under the Sheets', 'Write Me A Poem', '30', 'Isms', 'Amina', and many others. 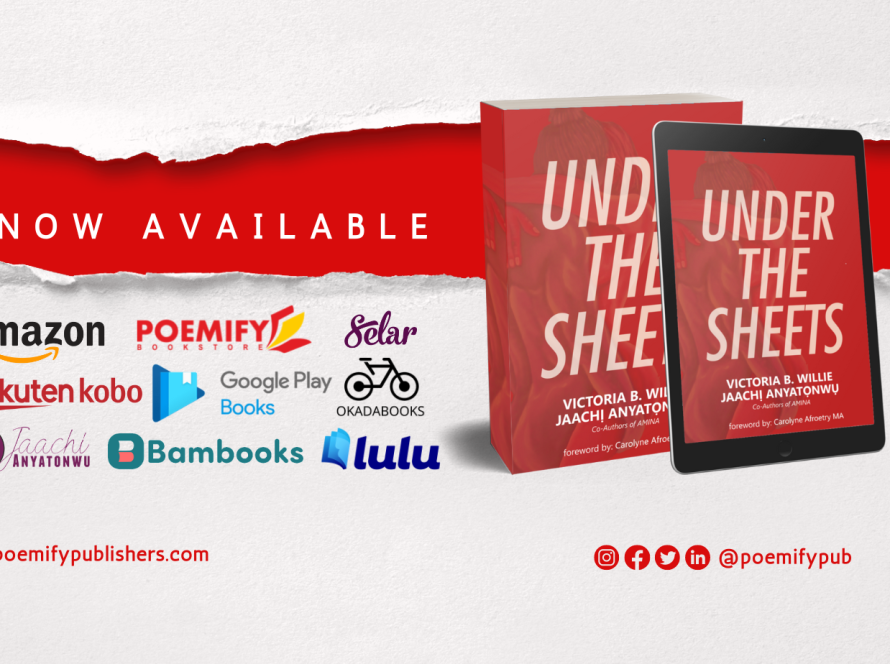 Under The Sheets: of sex and poetry 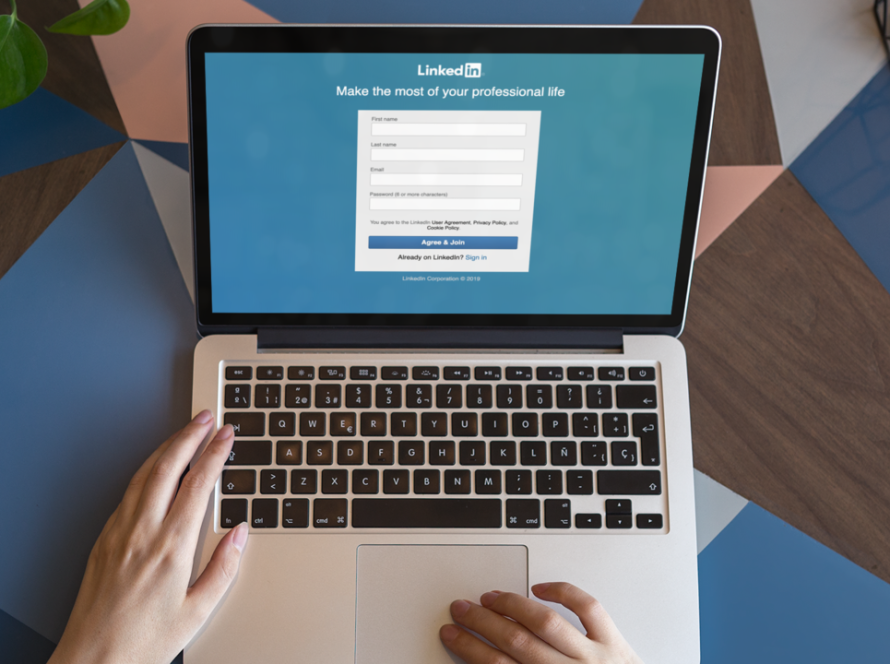 8 Steps to a Powerful LinkedIn Profile